This is an entertaining set of twelve short variationson the Old Hundredth ('All People that on earth do dwell') and 'Donne secours', both taken from the Geneva Psalter of 1551. Hakim varies the two tunes in strict alteration, exploring the widest possible range of charecter; yet in doing so, he seems to bring the tunes closer together, until in the twelfth variatioon he combines them in a brilliant finale. The Old Hundredth is presented first in a glittering, toccata-like setting which is followed by 'Donne secours' in a discreetly playful style with a modal flavour. Then comes a very short, staccato variation on the Old Hundredth, answered by a smoothly flowing variation on 'Donne secours', with the tune in canon between the top manual part and the pedals. The Old Hundredth returns in a simple legato setting, but in the sixth variation, 'Donne secours' is so radically disguised and dissonant that is bairly recognisable. Then in Variation 7 the Old Hundredth undergoes chromatic distortion, to exotic effect, with perhaps a hint of Messiaen, and 'Donne secours' appears in Variation 8 in radiant F sharp major, with clashing A naturals.

In the variation that follows the Old Hundredth is dismembered in robust staccato counterpoint. By contrast, the tenth variation is a quiet modest arrangement, of 'Donne secours', after which the Old Hundredth is transformed into a lively, skipping canon between the hands, each doubling the tune in sixths. The twelfth variation bursts in with fanfares and combines both themes with brilliant playfulness. 'Variations on Two Themes' was commissioned by the First Presbyterian Church of Evansville, Indiana, and first played there by Douglas Reed in October 1991. 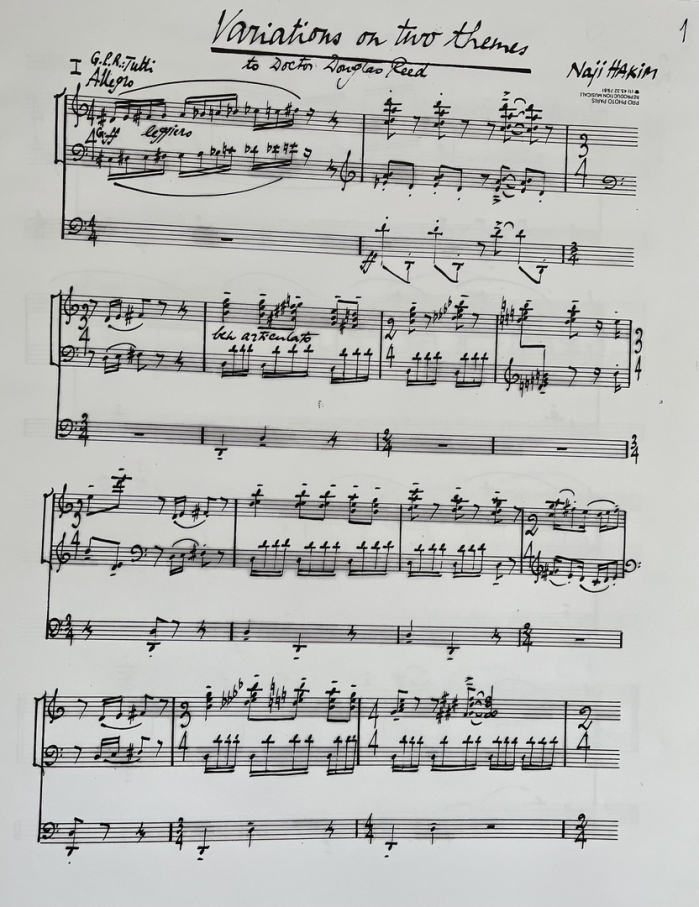