Gloria for choir and organ

Commissioned by The Bach Choir for performance on 2 March 2003
at the Al Bustan Festival, Beirut, conducted by David Hill

In this Gloria, the melody is predominantly of a popular character, with a harmonic language whose tonality is expanded by diatonic or oriental modes. The themes are mainly based on melodies from the childhood of the composer and refer to Maronite or Roman liturgical sources or to a profane theme by Glazounov. The orchestral texture of the organ writing is developed with a certain independence from the vocal parts as in Hakim's Messe Solennelle. 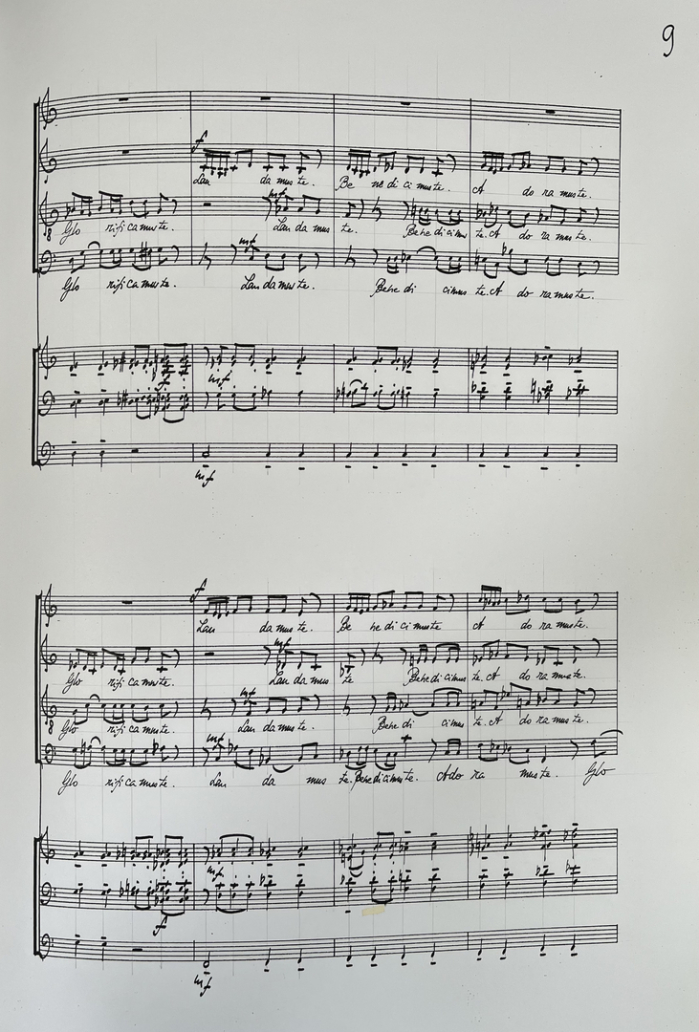 Naji Hakim : Gloria for choir and organ, page 9, excerpt from the autograph manuscript